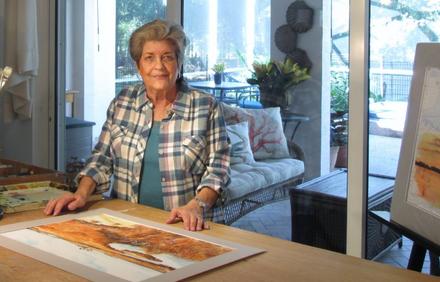 Gayle Miller was born Mitchell County, Texas in 1943. At an early age her parents enrolled her in the Art Instruction Institute of Minneapolis, Minnesota. She attended Texas Tech University.  In 1965, she moved to Dallas, where she participated in art classes and workshops with several well-known artists.  She has worked with various mediums, including watercolor, oil and acrylic.  Her first love is watercolor.

In 1989, Miller moved to Fort Lauderdale, Florida where she lived for 26 years.  In 2003, she began painting nautical charts for a national gallery drawing inspiration from her surroundings.  The charts have been well received.   Her work has sold nationally and internationally.